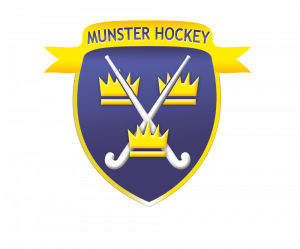 The Munster U16 Management team would like to thank all the players and parents who participated in the U15 (2nd year) and U16 developments sessions and trials.

The U15 (2nd year) program started in December and the U16 Management team would especially like to thank Caroline Collins, Ciara Harte, Darren Collins, Ger O’Carroll, Christine O’Shea and international players Yvonne O’Byrne and Roisin Upton who worked with the groups in Limerick and Cork.

The U16 Development group had a number of trials and development sessions which kicked off in February which also included a day with Irish U21 Head Coach David Passmore.

Emily O’Leary and Brian Collins and the coaching team have now reduced the squad to play a number of matches against the Leinster and Ulster Development squads on the 25th of May in Rathdown, Co Dublin.

The next training session will take place on Sunday 19th of May and an email will be sent to confirm details for the training and the tournament.