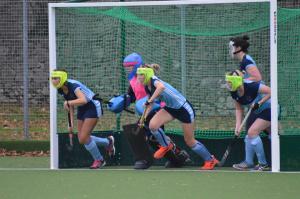 The Munster Branch are inviting applicants to apply for Interpro management roles for the 2020 Munster squads. Each management team should consist of a manager, coach, assistant coach and goalkeeping coach.  The following are the squads we are advertising for:

The requirements for the positions of coach and manager are below.  In your application please include a note on what role you wish to apply for and attach a short coaching/management CV.

Please email  secretary@munsterhockey.com before or on the 31st of December 2019.

The continued development of players after the Under 18 stage is critical if Hockey Ireland are to ensure a strong player development pathway exists and that there is a continual flow of players into the national panels. The men’s national development squad management team, led by Denis Pritchard, are tasked with ensuring that players are prepared and ready to compete on the senior team at the highest levels on the world stage – at Olympic qualifiers, World Cups and European Championships etc.

- U21 match series vs Canada (May) in Dublin

o Potential U23 development/training match not yet confirmed

The regional development / trial sessions being proposed will take place in three locations to allow for training and matches to be concluded within one day and avoiding the need for overnights etc.

Provincial squads to attend a morning training session 1030-1230 where the national and provincial coaches will be working together with the players.

Munster Venue / to be confirmed

Leinster Venue / to be confirmed

Ulster Venue / venue to be confirmed

o Players involved in the national U18 programme may not be included (e.g. born 2002)

o The ‘Invitation team’ will include players not involved in the provincial panel that day. The team will therefore change each week and may also include players based abroad who are only available for 1 or 2 of the training sessions/match dates (also subject to provincial nomination).

The national development programme for the women, led by Dave Passmore will not be participating in this programme in 2020. The women’s programme is following a similar approach as the senior women with a centralised programme. A wide panel of players attend regional strength and conditioning programmes and centralised development/pitch sessions. Club coaches are welcome to contact Dave by email (dave.irishhockey@me.com) if they have a player they believe to have developed during the season and following an evaluation of the player in competitive games, they may then be invited to attend some sessions for further assessment.